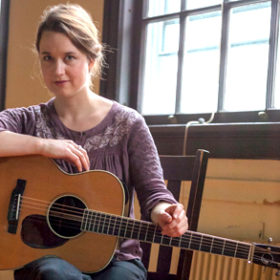 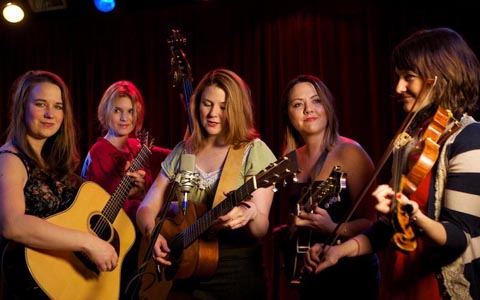 In a relatively short period of time, Della Mae has become a sensation in the music world. Commanding a powerful collective chemistry with vocal, instrumental, and songwriting talent to spare, the Boston-based combo mines time-honored elements to create music that’s unmistakably fresh and contemporary.

“ I got introduced to Della Mae when Courtney Hartman came to our IBMA booth in 2012 and brazenly asked if she could borrow a guitar! I had briefly met Courtney at IBMA a couple years earlier, and amidst hundreds of good players and millions of notes something about her playing stuck in my memory. So what could I say other than “yes, ma’am”? A couple booths away Della Mae tore into an unamplified set of some of the freshest, most inspired music I heard that week, including “From The Bottle”, penned by lead singer, Celia Woodsmith.” Dana Bourgeois