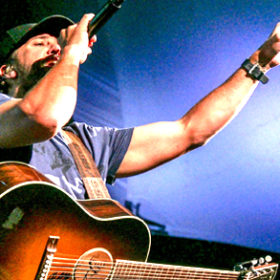 We are pleased that country mega-star Luke Bryan chooses to play a Bourgeois 00 during his live shows! Luke Bryan was born on July 1976 in Leesburg, Georgia. He moved to Nashville after high school to pursue his dream of a country music career, and a few years later his first album with Capitol Records, I’ll Stay Me, was released. The album earned Bryan a nomination for Top New Male Vocalist from the Academy of Country Music and led to a slew of other hit albums and songs. Albums such as Tailgates & Tanlines and Spring Break…Here to Party have subsequently made Bryan a bona fide crossover star as well. In 2015 he was awarded Entertainer of the Year at the ACM awards.